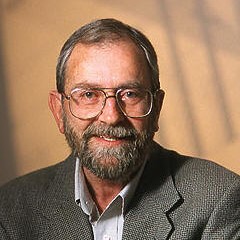 Dr. James T. Peach has been selected to receive the 2018 ABS Lifetime Award, to be presented at this year’s annual meeting in San Antonio, Texas. Peach is a Distinguished Achievement Professor and the Regents Professor of Economics and International Business at New Mexico State University (NMSU). He joined the Association for Borderlands Studies in April 1982, six years after the ABS was established. Since then, he has been a regular presence at ABS meetings and has made a huge contribution to the development of both ABS and border studies as a whole. He has frequently given papers to both the Annual Meetings of the Association for Borderlands Studies and to the wider Western Social Science Association Conferences. He has also made major contributions to both organizations, serving as president of the ABS from 1999 to 2000, as a member of the Executive Council for the Western Social Science Association between 2001 and 2004, and as President from 2005 to 2006.

Dr. Peach received a Ph.D. in economics from the University of Texas at Austin in 1978, with his doctoral thesis focusing on questions of land tenancy and development in Bangladesh. He was subsequently appointed as an assistant professor of New Mexico State University in 1980. Since then, he has largely concerned himself with tracing the dynamism inherent in the US-Mexican borderlands, shedding particular light upon its wider demographic issues and economic relations.